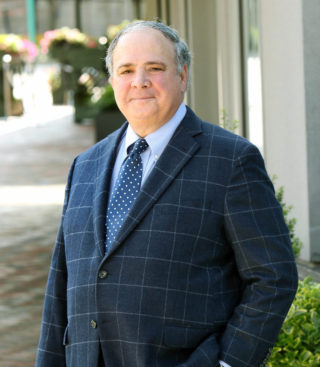 Maurice J. Montaldi serves as General Counsel to The Chevy Chase Land Company. He provides legal consultation on all aspects of the Land Company’s operations. Mr. Montaldi joined the Land Company in 2009 after more than 35 years in private practice, during which he represented the Land Company as outside counsel. While in private practice, Mr. Montaldi practiced in the areas of business law and real estate development, with particular emphasis on venture formation, property acquisition, financing and commercial leasing. Mr. Montaldi has served as lead counsel in the development of many higher profile real estate projects in Washington, D.C. and Montgomery County, Maryland. He has structured several real estate development entities and has negotiated and prepared ancillary agreements such as architect contracts and construction contracts. Mr. Montaldi has negotiated and closed numerous construction and permanent loans, as well as many more sophisticated forms of financing. His practice also included extensive involvement in both office and retail leasing, including counseling landlords and structuring workout agreements with office and retail tenants.

Mr. Montaldi graduated from Villanova University in 1969, and Georgetown University Law Center in 1972. He is admitted in Maryland and the District of Columbia.

Mr. Montaldi has two adult children and resides with his wife in Washington, D.C.